Thanks to its unique patented design, the Pocket Shot allows rapid-firing of projectiles at up to three times the rate of a traditional slingshot. When you drop ammo into the latex cone, it automatically rolls to the center of the pouch and is immediately ready to fire. 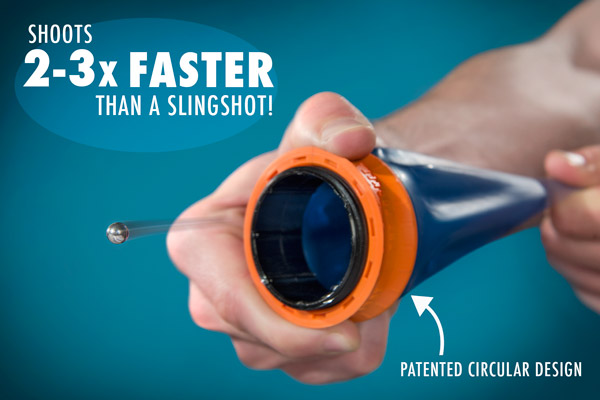 Shoots twice as fast as a Y-frame slingshot.

Unlike a traditional sling shot, the ammo is pushed forward on all sides by the latex pouch at speeds up to 350 feet per second (238 miles an hour)! That’s fast enough to hunt small game or break your toughest targets. Dang. 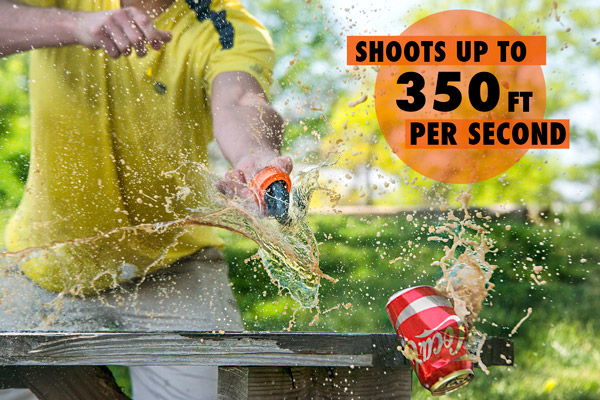 It’s powerful enough that we feel obliged to once again remind you that the Pocket Shot is not a toy.

It’s called the Pocket Shot for a good reason.

The Pocket Shot is incredibly compact. The latex pouch collapses inside the rigid ring, which is only a little more than an inch tall and about the diameter of an aluminum can. The pouch also doubles as waterproof storage for your ammo when not in use. 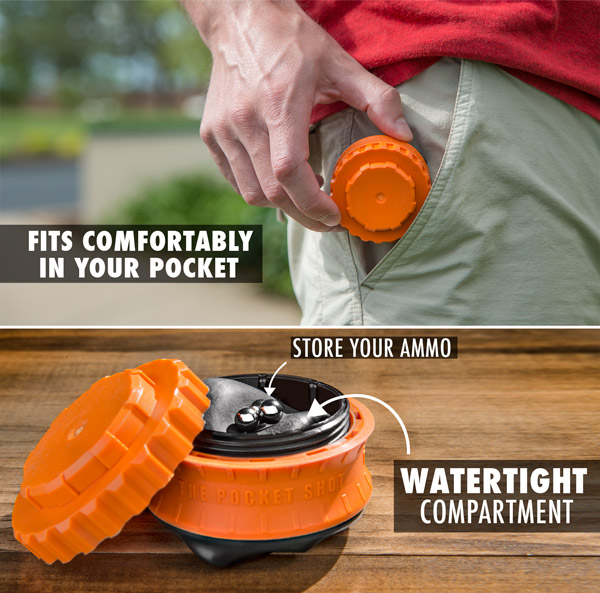 Let’s see you try to put a standard slingshot this powerful in your pocket.

The Pocket Shot comes with 100 5/16” steel balls, but it’s capable of firing a variety of different types of ammo. Load up projectiles between 1/4” and 5/16” and let fly. Whether you’re shooting steel slugs, marbles, paintballs, or airsoft, you’ll have a blast using the Pocket Shot. 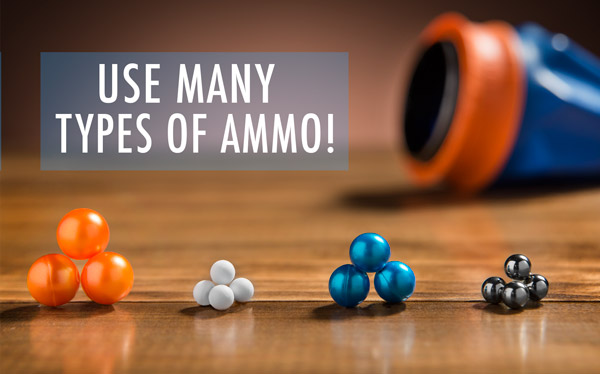 The versatile Pocket Shot fires all kinds of projectiles.

A slingshot for any skill level

The Pocket Shot comes with two different pouches: standard and pro. The black standard pouch is easier to draw while the blue pro pouch gives you the power to launch projectiles at up to 350 feet per second. Additionally, your order comes with 100 5/16” steel balls. 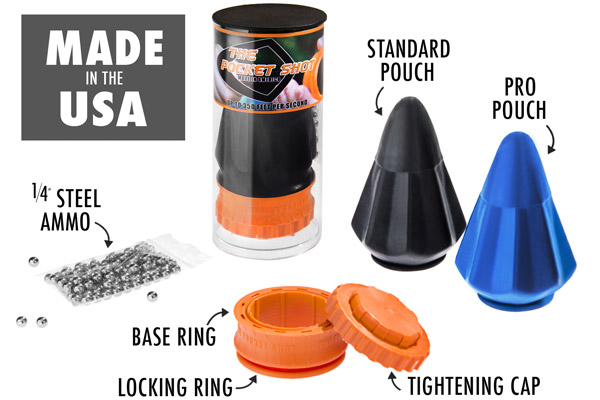 Shoot! A fella could have a pretty good weekend in the woods with all that stuff.